"Imperfect Game" umpire Jim Joyce has retired with crew chief promotions to Sam Holbrook and Paul Emmel, according to a source with knowledge of the situation. No official announcement has yet been made. 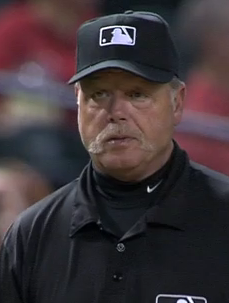 In 2014, Joyce granted an interview to the Portland Tribune in which he stated that he "could very easily have walked away from the game of baseball" after the infamous June 2, 2010 game in Detroit featuring Tigers pitcher Armando Galarraga and the so-called 28-out perfect game after Joyce's safe call with two outs in the ninth inning extended the game by one batter. At the time, Joyce said in postgame comments that he "blew the call" and eventually co-authored the book Nobody's Perfect with Galarraga concerning sportsmanship and lessons learned from that night.

Joyce was in the right place at the right time two years later when a Diamondbacks stadium employee entered cardiac arrest; Joyce performed CPR on Levy employee Jayne Powers and received praise by many who said that Joyce had saved Powers' life.

In the 2014 Tribune interview, Joyce also mentioned that he had "a couple of more [years]" left, "if my knees hold up." The 2015 and 2016 seasons make for a couple of years and, according to a source, Joyce is following through on that retirement projection. News of Joyce's retirement was also broadcast over the air via Portland, Oregon radio station AM 1080 The Fan. 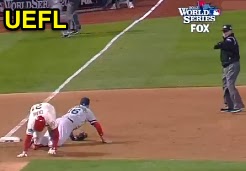 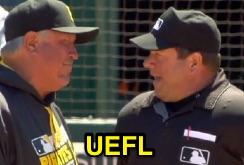 Umpires Sam Holbrook and Paul Emmel have purportedly been tapped to replace retiring crew chiefs Joyce and John Hirschbeck, according to a source.

Mike Everitt, meanwhile, has served as fill-in crew chief since January 2016, in the stead of Tim Welke, who has since retired after spending one year on umpiring's Disabled List. Everitt has 2,388 games of regular season experience heading into 2017.

All three have served as acting or interim crew chief on several occasions throughout the past few seasons, including Holbrook's extended stint as crew chief in place of regular Joe West when West missed the first few months of 2013; Hawk Harrelson has the story.

Holbrook himself missed the 2014 season upon the death of his wife Laura "Susie" Glass, and worked the 2016 World Series with Hirschbeck, who himself spent time on bereavement after losing two sons.